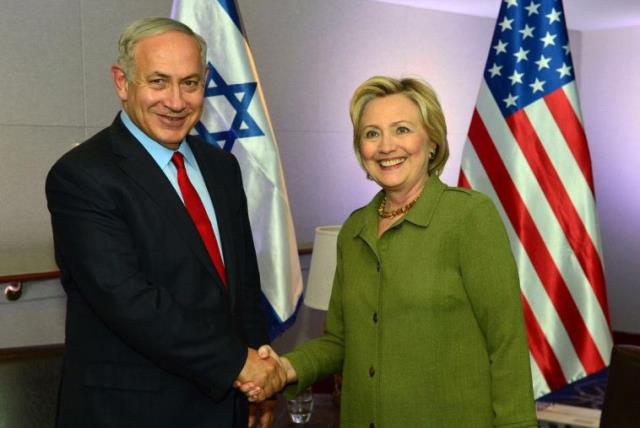 Tanden called the situation “depressing” and referred to the Netanyahu government as “ruthless" and "nuts.” Podesta appeared to agree with the assessment, responding: "Bad."

Advertisement
David Friedman, a senior Israel advisor to Donald Trump, slammed Hillary Clinton's campaign on Wednesday and expressed “disgust” over a series of what he called anti-Israel emails publicized by Wikileaks and taken from the account of the democratic nominee's campaign manager, John Podesta.Friedman referred specifically to an email released Wednesday from George Paine, a retired federal judge, to Podesta in February 2015. In that email, Paine referred to Netanyahu as a “Turbaned Israeli Mullah,” to the seeming concurrence of Podesta who replied: "Yes, but…".Another email was revealed last week from Neera Tanden, who currently heads the Clinton transition team, to Podesta, immediately following the re-election of Benjamin Netanyahu as prime minister of Israel.Tanden called the situation “depressing” and referred to the Netanyahu government as “ruthless" and "nuts.” Podesta appeared to agree with the assessment, responding: "Bad."
Advertisement
“These recent email revelations lay bare the utter falsity of Hillary Clinton’s professed support for Israel.” said Friedman. “They are profoundly anti-Israel, anti-Semitic and disgusting. No one who cares about Israel or who seeks unbiased leadership in the White House should even consider the Clinton candidacy.”