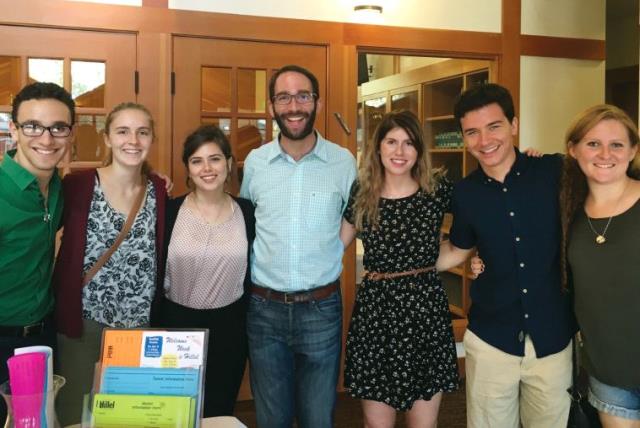 Daniela Amir, (third from left), who recently started to serve as an Israel Fellow together with students
(photo credit: Courtesy)

How young Israelis reach out to peers on college campuses and learn something unexpected.