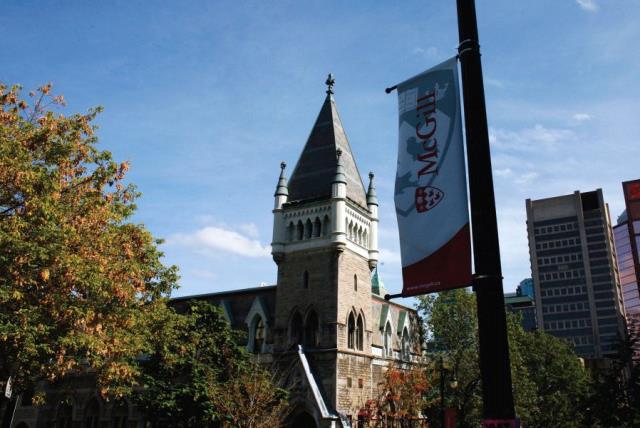 I’m not surprised, and neither should you be, by Jew-hatred disguised as anti-Zionism

Advertisement
In the past several weeks, my news feed has been bombarded with messages with which I’m all too familiar. Once again, antisemitism is rearing its ugly head across Canadian campuses.Unfortunately, this isn’t new. Antisemitism (disguised as anti-Zionism) has been a problem for a long time now, and we are finally seeing the end-product of bigoted anti-Israel groups being permitted to foment their hatred on campus. When “Israel Apartheid Week” began at the University of Toronto, nobody expected that it would spread to 55 cities around the world.When I received the video footage of the vicious protest at York University during the Reservists on Duty event, I was upset, but I wasn’t surprised. I know those anti-Israel students. I went to school with them, and I too was once barricaded at pro-Israel events. Shortly after, the York Federation of Students (YFS) passed a motion to ban Israelis from speaking on campus. I’m not surprised – both the YFS and Students Against Israeli Apartheid (SAIA) are responsible for most of the antisemitic activity at York. They have vandalized the Israeli flag, turned cultural marches into toxic “Free Palestine” rallies, passed a hateful Boycott, Divestment and Sanctions (BDS) resolution, brought George Galloway (who has donated money to Hamas) to speak on campus, barricaded Jewish students in the Hillel lounge (who had to lock themselves inside), put up a mural that depicts a Palestinian holding a rock (with the intention of throwing it at Jews), and have pretty much done everything possible to make life for Jewish students miserable – and this is the short list.
Advertisement
After I graduated, I was blessed to work with some incredible students from York and many other campuses. They work hard to teach their campus community about Israel through multiple programs, and 90% of the time they are able to make significant advancements in promoting tolerance and understanding on campus. However, the 10% of the time they are not able to make those advancements due to campus hate groups like Students for Justice in Palestine (SJP), leads to serious problems for Jewish students on campus, and the administrations of Canadian universities are not doing enough.SOME IN the Jewish community were shocked that the Student Society at McGill University (SSMU) tried to force a Jewish student to resign from her student government position this week. Yet this is the same SSMU that tried to kick Noah Lew off the board of directors because he is Jewish, the same SSMU whose members tweeted “punch a Zionist,” and the same SSMU that has allowed multiple BDS resolutions to be placed on their agenda. This is on the same campus were one of the students I worked with hosted an Artists4Israel program where anti-Israel activists blocked her mural of peace with anti-Israel posters – for four hours straight. All this occurred the day before I (and the students I was working with) had to chase down a student – in the middle of a Montreal winter – who stole the Israeli flag from our table at Concordia University and threw it in the trash.The situation is even more severe at Ryerson University. I was lucky enough to work with brave and motivated student leaders who ended up passing the first ever definition of antisemitism (which included language about Israel) through the Ryerson Student Union (RSU), making history on Canadian campuses. That, however, came years after the RSU passed a BDS resolution and after a staged walkout of an RSU meeting to prevent a Holocaust Education Week motion from passing because it asked to “work with the Zionists.”As someone who moved to Israel, I sometimes forget how difficult it was to be vocally pro-Israel on Canadian campuses. So, am I upset to see my students, my home and my campuses flooded with antisemitism? Yes. Am I surprised? No way – and you shouldn’t be either.When fringe incidents like these occur, we cannot let them define Jewish campus life, but we also cannot let them be swept under the rug. When the University of Toronto hosted its first Israel Apartheid Week, it was fringe, but look at what it’s turned into. We need to support our students, but we also must hold the administration and student unions accountable for the antisemitism they enable. We don’t need statements of condemnation, we need the antisemitism to stop.But despite the disturbing antisemitism on campus, there is one thing I do know: having traveled to almost every single Canadian campus, having worked first hand with the beautiful Jewish communities there – and having met the brilliant and resilient students who support Israel – I am confident that in the end, they are the ones who will win.The writer is a former Canadian campus director for a pro-Israel education organization.