Caitlyn Jenner to be dubbed 'Champion of Israel and LGBTQ Rights' 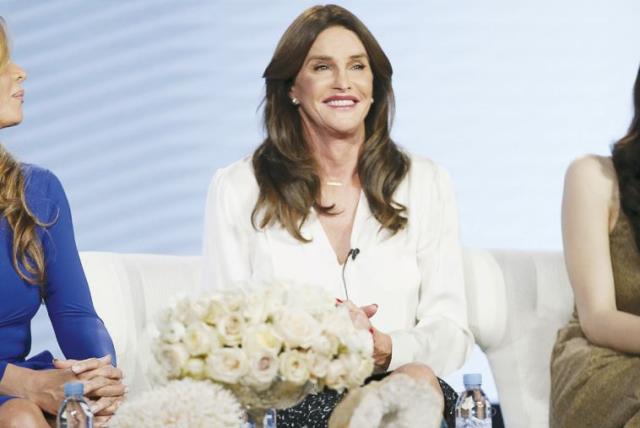 Caitlyn (former Bruce) Jenner, at a promotional event for her show ‘I am Cait,’ is one of the most recognizable trans-activists
(photo credit: REUTERS)

This March, Olympic gold medalist and television star Caitlyn Jenner will be awarded “Champion of Israel and LGBTQ Rights” by the World Values Network.

Caitlyn Jenner, one of the most famous transgender women in the world today, will be awarded for her life-long support of Israel, as well as her past achievements as an athlete and her present position as an advocate for LGBTQ rights, at the Jewish Values Awards gala on March 8 in New York.Jenner, who is not Jewish, has said she views Israel as a country that respects gay and transgender rights in a region were people in the LGBTQ community often face extreme persecution and even death.
Advertisement
The World Values Network sees itself as a group devoted to spreading Jewish values based on the teachings of Rabbi Shmuley Boteach, who also writes for The Jerusalem Post.Before transitioning, Jenner won a gold medal in the decathlon at the 1976 Olympic Games in Montreal.Jenner was previously married to Kris Jenner and appeared for many years on the TV reality show Keeping Up with the Kardashians.After her divorce, Jenner went on to star in her own reality show, I Am Cait, which followed her transition journey.