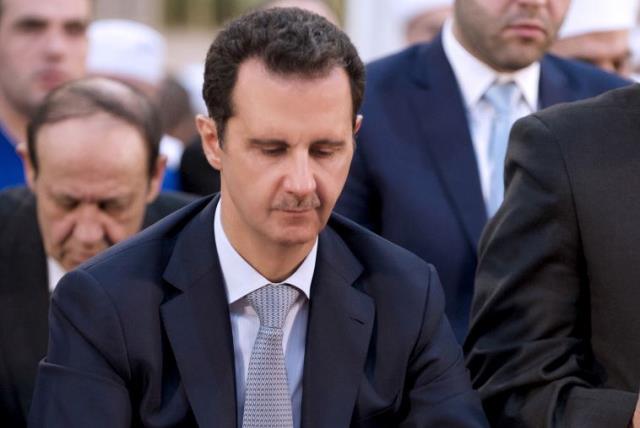 He said a campaign of Western and Arab air strikes against Islamic State targets in Iraq and Syria had been counterproductive and terrorism had spread both in terms of territory and new recruits.

President Bashar Assad said a military campaign by Russia, Syria and its allies will decide the fate of the Middle East, and a year of US-led air strikes against Islamic State militants had only helped the spread of terrorism.In an interview with Iranian television broadcast on Sunday, Assad said if Syria, Russia, Iran and Iraq unite in battling terrorism their efforts would yield practical results.
Advertisement
He was speaking days after Russian jets, based in western Syria, launched air strikes against targets Moscow has identified as Islamic State bases, but which Assad's opponents say disproportionately hit rival, foreign-backed insurgents."The chances of this alliance's success are big, not small," Assad said, adding that failure would mean "we face the destruction of the whole region."He said a campaign of Western and Arab air strikes against Islamic State targets in Iraq and Syria had been counterproductive and terrorism had spread both in terms of territory and new recruits.Syria's conflict grew out of protests against Assad's rule in early 2011, which were put down by force and then turned violent, drawing in regional opponents and supporters of the Syrian leader.
Advertisement
Efforts to find a political solution to the civil war have so far proven fruitless, with most rebel fighters demanding Assad's departure as a precondition for talks. Western states also say Assad must step aside, though most have softened their stance to say he could play some role in a transition period.Assad said it was not for outside powers to decide Syria's fate. "Discussion of the political system or officials in Syria is an internal Syrian affair," the Syrian presidency's Twitter feed quoted him as saying in the interview.