Vegan campaign puts a damper on dairy ahead of Shavuot 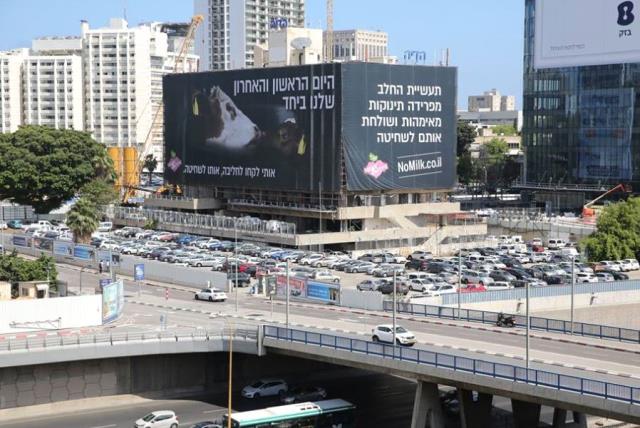 "For decades the dairy industry has brainwashed the public with billion-shekel ad campaigns," says organizer. Report finds Israeli cows are most productive in the world.

A huge billboard featuring a cow and its calf has popped up on Tel Aviv's main Ayalon highway this week, just in time for the Jewish holiday of Shavuot. The billboard is not an ad for dairy products, which are traditionally consumed during the festival, but part of a campaign by a vegan activist group that aims to shed light on what they call the ills of the dairy industry.The 2,000 square meter billboard shows a caged adult cow appearing to kiss its newborn calf. Written large under the touching image, the text reads: "Our first and last day together - I'm being taken for milking, he's being taken to slaughter."
Advertisement

The ad packs an emotional punch and seeks to raise awareness of the cost to animals of the annual celebration of quiches, creamy pasta sauces and cheesecakes.Funding for the billboard came from a crowdfunding campaign organized by an organization called Vegan Active. The group managed to raise NIS 200,000 ($50,000) through private donations of 1,000 members."For decades the dairy industry has brainwashed the public with billion-shekel ad campaigns," said Omri Paz, founder of Vegan Active. "Because of the Vegan Active campaign, we can let people hear the pain of hundreds of millions of farm animals and expose the sad truth hiding behind every glass of milk." 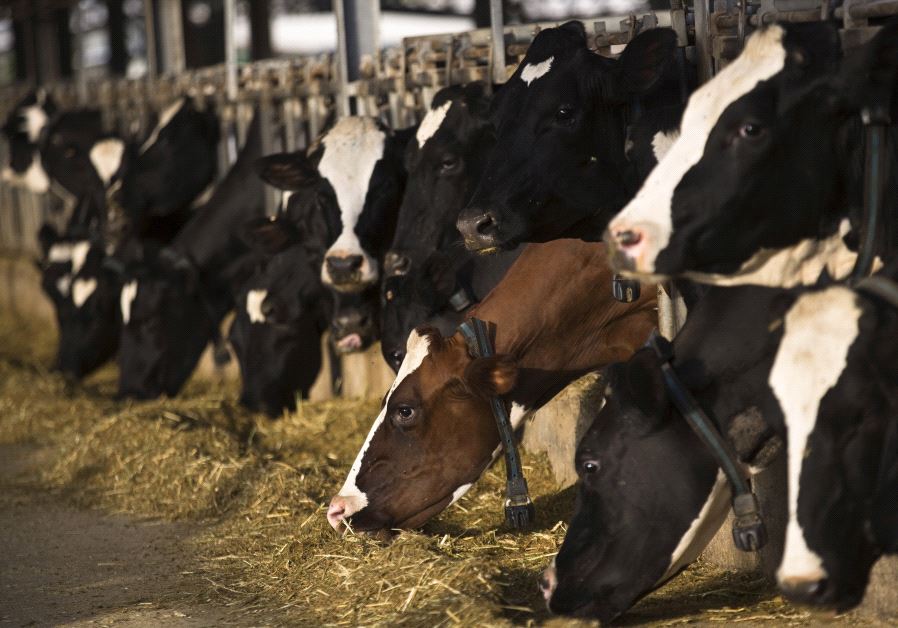 A Central Bureau of Statistics report on dairy consumption in Israel published ahead of Shavuot, found a 5.5% increase in milk production in the country, reaching 1.5 billion liters a year.Israeli cows are the most productive in the world, with each cow producing nearly 12,000 liters of milk a year.
Advertisement
Ninety-four percent of dairy products in Israel are made from cow's milk with the rest made up equally from goat and sheep milk.
Tags shavuot dairy restaurants in jerusalem milk production in israel vegan vegetarian
Advertisement
Advertisement
Breaking News World News Iran News Coronavirus U.S. POLITICS Kabbalah
Advertise with us Terms of Service Privacy Policy cancel subscription
Copyright 2021 Jpost Inc.
Designed by DANIEL CHEN