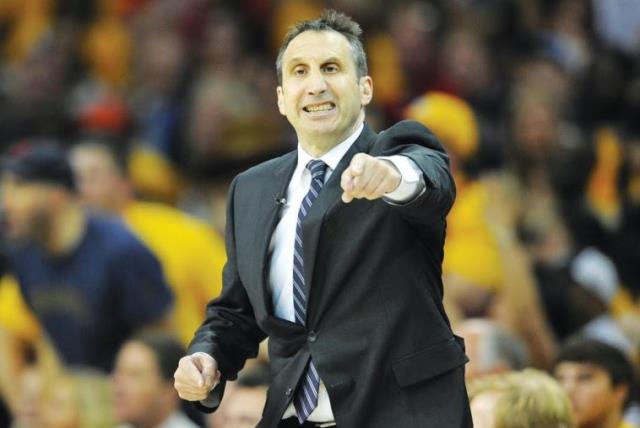 There is precedent for a coach who left mid-season receiving a championship ring.

Former Cleveland Cavaliers coach David Blatt will reportedly be awarded a championship ring, stated the Akron Beacon Journal on Thursday. American-Israeli Blatt was fired mid season from the Cavaliers despite holding what was at the time the best record in all of the Eastern Conference for the season.
Advertisement
The team was set to receive the rings on October 25, Blatt however, has already started coaching for his new team in Turkey.In June Zionist Union MK Nachman Shai wrote Dan Gilbert, owner of the Cavaliers, asking him to give Blatt a championship ring. Shai, who has met Gilbert in the past, wrote the letter as the head of the Knesset caucuses on US-Israel Relations and Strengthening the Jewish World.“I want to wish you mazal tov on your success in bringing a long-awaited championship to the great city of Cleveland and its wonderful people,” Shai wrote. “We in Israel were proud of the achievements of one of our own, David Blatt, when you appointed him as the head coach of your team, and we of course, were sorry to see him go. Nevertheless, Israelis remain strong supporters of the Cavaliers, as do their many Jewish fans in Cleveland’s strong Jewish community.”
Advertisement
Shai noted that Blatt had won 53 games in his first season, a .639 winning percentage that was the best of any Cavaliers coach in team history. “David played a key role in building the Cavaliers, guiding its players, and helping the team become championship-caliber,” he wrote. “That is why I want to encourage you to give David the respect and credit he deserves by giving him a championship ring, as is customary for players who have left mid-season. I am sure he would cherish such a ring that would symbolize his part in your team’s success.”There is precedent for a coach who left mid-season receiving a championship ring.Former Miami Heat coach Stan Van Gundy received a ring following the 2005-6 season, even though he resigned 21 games into the season.Gil Hofman contributed to this report.