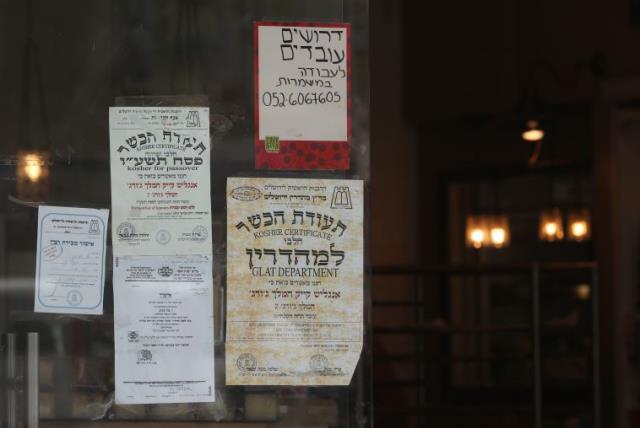 So Hashgacha Pratit has now taken to social media to gain exposure for the restaurants it supervises and to broadcast the fact that they are kosher.

The grassroots kashrut authority Hashgacha Pratit has opened a social-media campaign to boost public awareness about the restaurants under its supervision.Two weeks ago the High Court of Justice ruled that a loophole Hashgacha Pratit used to present restaurants it supervises as kosher without using the word “kosher” was not lawful, a decision which has made it difficult for the independent authority to inform potential patrons that the restaurants under its supervision are in fact kosher.
Advertisement
Hashgacha Pratit was founded by religious Jerusalemites, including Rabbi Aharon Leibowitz, also a member of the Jerusalem Municipal Council for the Yerushalmim party. The initiative arose out of a protest against what has frequently been alleged as bad practices inherent in the kashrut supervision service provided by the rabbinate, but the organization has faced concerted opposition from the Chief Rabbinate.Although Hashgacha Pratit recently changed its supervision certificate so as not to contravene the High Court ruling, it is also seeking other means of advertising restaurants using it as kosher.So the organization has now taken to social media to gain exposure for the restaurants its supervises and to broadcast the fact that they are kosher.In a Facebook post on Sunday, the organization listed the 25 restaurants under its kashrut supervision and called on patrons to take a photo of themselves at the restaurant with a handwritten note saying “It’s kosher here” and to then upload it to Facebook with a hashtag in Hebrew saying “truly kosher.
Advertisement
“But take the note home with you, so an inspector won’t think it’s a kashrut certificate,” the organization wrote sardonically, in reference to the High Court’s decision which made its original supervision certificate illegal, and could do so to the new one as well.The post on Hashgacha Pratit’s Facebook page, which has approximately 12,200 likes, has been shared more than 300 times, has over 1,100 likes.The site has been viewed by more than 100,000 people, the organization says.“After the High Court of Justice ruling we felt that public sentiment was simmering and beginning to blaze, because ordinary people are disgusted with the rule of cronyism and the monopoly of the Chief Rabbinate, and that it is not possible to stop the masses who simply want to eat in kosher places without the unnecessary shenanigans which leave a bad taste in the mouth,” said Leibowitz.“So we took off the gloves, we put up the post and very quickly the feedback we got from the public confirmed to us that this is really what the public wants,” continued Leibowitz, an Orthodox rabbi who also serves as a yeshiva dean for the Sulam Yaakov yeshiva in Jerusalem.“Now all that remains is to chose a restaurant, and to go out and eat and have a good time at a kosher place and to document it so the whole world knows, including those working against the public."