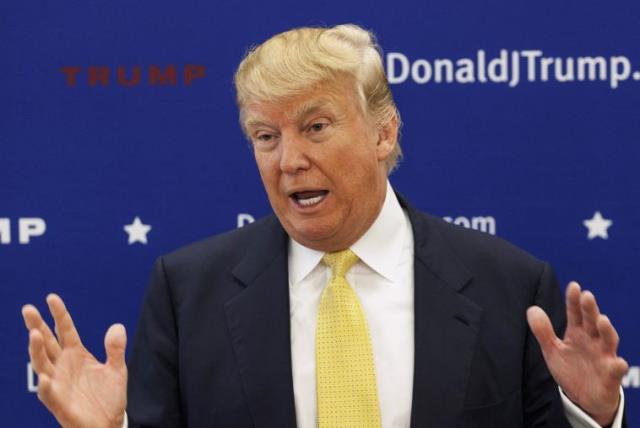 Trump is expected to visit by the end of the month.

NEW YORK - Republican presidential candidate Donald Trump said at a rally held in Manassas, Virginia on Wednesday that he plans to visit Israel “very soon” in order to meet with Prime Minister Benjamin Netanyahu. “I love Israel,” Trump said. “Israel is our real strong supporter”. The candidate, who has expressed strong support for Israel over the course of his campaign, also described Netanyahu as “a great guy” and pointed out that during the 2013 Knesset elections, he had even filmed a campaign ad for the Prime Minister.
Advertisement
The republican front-runner made the announcement of an upcoming visit to Jerusalem just a day before he is scheduled to speak at the Republican Jewish Coalition’s presidential forum in Washington. There, he will address a very pro-Israel forum comprised of Jewish Republican leaders in the United States including the multi-billionaire GOP donor and Netanyahu supporter Sheldon Adelson.At Wednesday’s rally in Virginia, Trump  also pointed a finger at President Obama for providing “absolutely no support” to Netanyahu. Back in October, during a speech in Reno, Nevada, Trump had said he believes Obama "hates Israel” and that the US President’s Iran nuclear agreement put Israel “in such a massive amount of trouble.”Trump was expected to visit by the end of the month.
Advertisement
Herb Keinon contributed to this report.