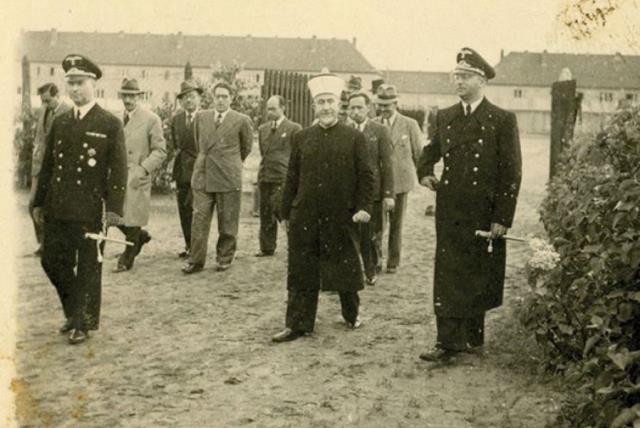 More evidence emerges of the strong ties the Muslim leadership forged with officials from Nazi Germany.

Jerusalem auction house Kedem Auction is slated to reveal some very rare images on Tuesday to enthusiastic bidders. The pictures in question, which were never exposed to the public before, depict Mutfi Hag Amin al-Husseini visiting an unidentified German camp and are dated back to sometime between 1942 and 1943. In the pictures the Muslim leader, who presided over what was known as 'Palestine' during the rule of the British Mandate, can be seen touring the grounds of a Nazi camp in Europe. He is flanked by high-ranking Nazi officials dressed in official attire.
Advertisement
Some of the photographs even show prisoners of the unnamed camp line up in formation to honor the mufti, who served in his position from 1921 to 1937. According to the Kedem Auction House, the importance of releasing the images lies in the fact that viewers might be able to help identify some of the people seen in them. Among the leaders that were already identified captured on camera alongside Mufti al-Husseini are Austrian politician Arthur Seyss-Inquart (who was executed at the Nuremberg Trials for committing crimes against humanity), Croatian politician Mile Budak (who served as the envoy to Germany from 1941 to 1943), Fritz Grobba (then-German ambassador to Iraq and later in charge of Middle Eastern Affairs at the German Foreign Ministry) and Iraqi politician Rashid Ali Al-Gaylani. 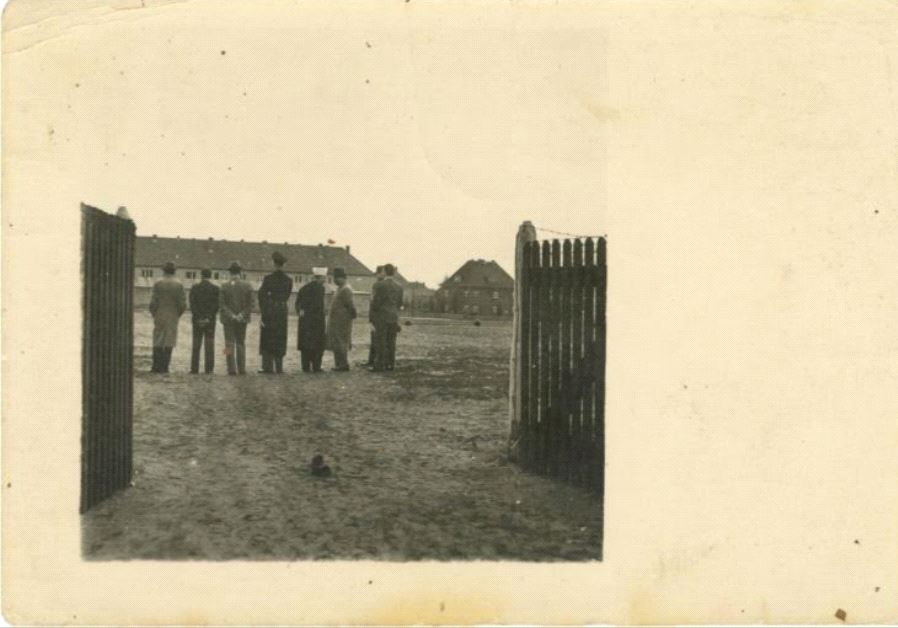 Advertisement
The photographs were originally discovered by an anonymous German collector who bought them from a dealer in historical documents and later consigned them to the auction house in Jerusalem. The back of each picture is stamped with the words 'Photo-Gerhards Trebbin,' which attest that they were developed (and therefore also possibly taken) in the area of Trebbin, Germany. Trebbin was home to a German labor camp and a subcamp of the Sachsenhausen Concentration Camp. The auction house said that an expert who saw the photographs suggested that the inmates were foreigners who were incarcerated in a forced-labor camp.
Newsreel footage of Jerusalem, Temple Mount, Western Wall in 1938 during the British Mandate period
Some of the pictures can now be seen on the Kedem Auction House's catalogue. The images further prove the undeniable ties between the Grand Mufti of Jerusalem and the Nazi regime. In March this year more evidence to the connection was revealed when Jerusalem's National Library uncovered a never-before-seen telegram that was written by infamous SS commander Heinrich Himmler and sent to al-Husseini around 1943. In it, Himmler, who was one of the masterminds behind Nazi Germany's 'Final Solution' plan, wrote to the mufti that his country was closely following the Palestinian resistance against the Balfour Declaration and promised that Germany will stand firmly by the Arabs of Palestine in their fight against the "criminal" document. The mufti is often discussed in this context and was at the center of a heated debate two years ago when Prime Minister Benjamin Netanyahu claimed that Hitler was inspired to massacre all of Europe's Jews only after he convened with al-Husseini. During the historic 90-minute meeting the mufti tried to convey to the Fuhrer that he was worried Jews would flee in droves to Palestine should Hitler continue his fight against them. Hitler did not intend to exterminate all Jews, the prime minister said at the time, but rather to expel them.