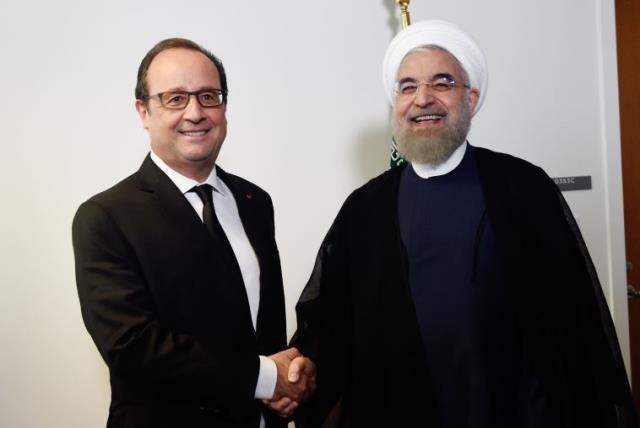 Advertisement
Iranian President Hassan Rouhani is set to miss out on the Elysee's fine dining, after his delegation insisted that no wine be served at the state dinner proposed in his honor.Rouhani will become the first Iranian President to visit Europe in a decade when he lands in Italy on Saturday, before continuing to France on November 16.As an alternative, the Elysee proposed for Rouhani to sit with French premier Hollande over breakfast, a meal not often accompanied by alcohol. However, the Iranians dismissed the idea as "too cheap," according to French outlet RTL.With a Halal, alcohol-free dinner the only remaining option, the French, apparently unwilling to forgo their traditions, which are decidedly not in keeping with Halal or sobriety, cancelled the proposal.
Advertisement
Tags alcohol
Advertisement
Advertisement
Breaking News Middle East World News Iran News Coronavirus U.S. POLITICS
Advertise with us Terms of Service Privacy Policy cancel subscription
Copyright 2020 Jpost Inc.
Designed by DANIEL CHEN