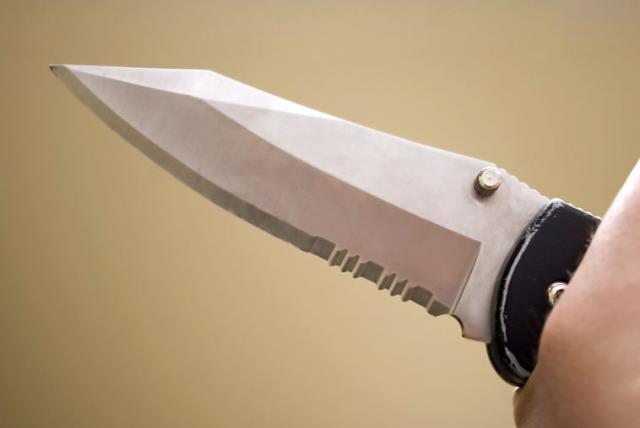 On September 19, 2016, Tsippi Yacobian was working as a policewoman at Herod’s Gate in the Old City of Jerusalem when she was stabbed several times by terrorist Ayman Al-Kurd.

Advertisement
“Free Tsippi!”That’s the slogan of a crowdfunding campaign that has raised more than NIS 220,000 in less than a week. But border policewoman Tsippi Yacobian’s place of internment isn’t a prison or a foreign state; it’s Hadassah-University Medical Center on Jerusalem’s Mount Scopus.Shortly after 7 a.m. on September 19, 2016, Yacobian was on duty outside Herod’s Gate to the Old City of Jerusalem when terrorist Ayman al-Kurd, from the city’s Ras al-Amud neighborhood, stabbed her several times in the back of the neck. Her spinal cord was severed and her family was told that she would probably die. A male officer sustained moderate-to-serious stab wounds, also to the back of the neck.Ten month later, the wheelchair- bound mother of two is ready to go home. The problem is, she has no home to which she can go.
Advertisement
Because of her medical condition, Yacobian’s house in Almon (also known as Anatot), north of Jerusalem, is no longer suitable. She needs complete wheelchair accessibility, specialized equipment and 24-hour assistance. She can’t live in a house with an elevator because she is not strong enough to press the button.“I have no feeling in my legs, my back and my chest. My hands are very weak,” she said in her June 3 testimony against her assailant.Additionally, Yacobian’s life is at risk every time she travels for a lengthy period. She needs to live in Jerusalem, near Hadassah Medical Center and Beit Halochem (Soldier’s House), where she will continue her rehabilitation.As a victim of a terrorist attack and as a police officer, Yacobian is eligible for NIS 1.9 million from the Defense Ministry for her family’s new home. Even with this stipend, all suitable apartments in the area are too expensive for the Yacobian family. Dozens of real estate agents have been searching, but every option they have found costs between NIS 5 million and NIS 6m.The family is willing to sell its Almon home and take out the maximum allowed mortgage, but it remains NIS 1m. short and cannot buy a suitable apartment.Uri Schechter, a social entrepreneur who got to know Yacobian and her family during their time at Hadassah, started a “Give Back” campaign. The online initiative, launched last Sunday evening, aims to raise the requisite sum for Yacobian’s family to purchase a home that meets her needs.“I have no words that can express my expectation, my longing to be released from this ‘jail’ that is called a hospital,” Yacobian said in a Facebook post. While she is nothing but grateful for the care she received at Hadassah, she could have been discharged two or three months ago and is eager to leave. In her court testimony, she compared herself to a prisoner of war, counting the days of incarceration.Yacobian’s husband, Benny, quit his job in the clothing business in order to take care of his wife in the hospital and of their children. Yacobian’s parents have taken charge of the children’s logistics, bringing them to and from school each day.“Tsippi is alive but not really living,” Schechter said. “After so many efforts, after her stubborn fight to overcome her injuries, we all have a moral responsibility to assist her. We need to get her a house so she can begin to live her life and return home to her family.”To donate to the ‘Free Tsippi’ campaign, click .