Webpage archives student testimonials of anti-Semitism on US campuses 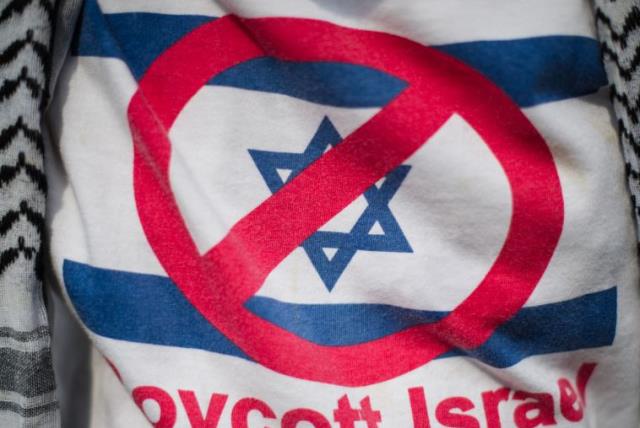 “I think for the first time in my adult life, I truly understood what it means to stare racism straight in the face,” says Florida student.

It is no secret that anti-Semitism is on the rise.In 2014, the Anti-Defamation League noted one of the largest increases in anti-Semitism in the US in almost a decade, with a reported 912 incidences marking a 21% increase from the 2013 statistic. "2014 was a particularly violent year for Jews both overseas and in the United States,” said ADL National Director Abraham H. Foxman.
Advertisement
With a rise in activists calling for BDS and an end to the "occupation" of the West Bank and Gaza, "anti-Semitism continues to pose a threat to American Jews and larger society as well,” said Foxman. And Jewish students at American universities are taking a hard hit, with an increasing presence of anti-Semitism on campuses nationwide."Some people brand me as someone toxic, someone worthy of their disdain and vitriol," said one University of Washington student of others' perception of him upon spotting a Star of David adorned around his neck. A Northwestern University student said "I am terrified knowing I may not be able to discuss my Judaism without taunts, or worse, violence." In Florida, one student said “I think for the first time in my adult life, I truly understood what it means to stare racism straight in the face.” These testimonies, along with many others, were recently collected and aggregated under the AMCHA Initiative's webpage, drawing on the anti-Semitic experiences of over one-hundred Jewish students in the span of the past year and a half at US institutions of higher education.Despite being scattered across the nation, the students all drew upon feelings of intimidation, of being frightened, and at times, of having kept their Jewish identity concealed in fear of being targeted by peers.
Advertisement
Campus watchdog AMCHA is the non-profit behind the project linking together the experiences of targeted Jewish students across the US. Dedicated to "investigating, documenting, educating about, and combating anti-Semitism at institutions of higher education in America," AMCHA gathered these testimonies from a broad range of publications nationwide- some school papers, some not - highlighting the anti-Semitic activity that has developed on many campuses. Driven by the desire to "protect Jewish students from both direct and indirect assault and fear while attending colleges and universities," AMCHA upholds its mission to educate the public by exposing it to the testimonials of targeted students, making them easily accessible in an archive, in one central location.Joining AMCHA in the fight against campus anti-Semitism, the Jewish Agency announced Tuesday its intention to increase the presence of its representatives on college campuses abroad by more than 30%.In a meeting with Prime Minister Benjamin Netanyahu and seven additional cabinet members, Jewish Agency Chairman Natan Sharansky said, "Our goal is to thwart those who seek to confuse young Jews and draw them away from Israel."As part of this effort to combat rising calls for the delegitimization of Israel, 85 representatives will be appointed posts at 170 university campuses across North America, the United Kingdom, Australia, South Africa and Germany. This 30% increase marks the program's largest expansion since its establishment in 2003.