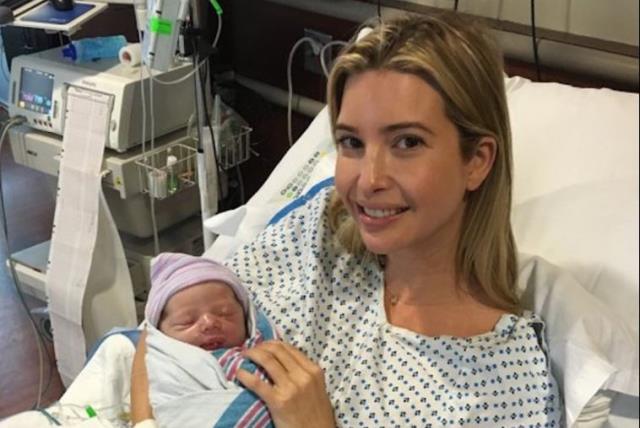 The bris of Theodore James Kushner took place in New York on Sunday.

Republican presidential front running candidate Donald Trump skipped his new grandson’s bris to continue campaigning in Wisconsin.The bris of Theodore James Kushner took place in New York on Sunday. He is the son of Trump’s daughter, Ivanka, and son-in-law Jared Kushner. Ivanka Trump converted to Orthodox Judaism in 2009 in order to marry her husband, with whom she already has two children: Arabella, 4, and Joseph, 2.
Advertisement
Photos of the younger Trumps leaving for the Manhattan bris, and of guests arriving for the circumcision ceremony, appeared in the British tabloid newspaper the Daily Mail.  Donald Trump did not appear in any of the photos, though his ex-wife who also is the baby’s grandmother, Ivana Trump, was photographed.Donald Trump’s Twitter feed showed him going from event to event all day Sunday in Wisconsin.A New York Times reporter on the trail with Donald Trump also tweeted that the candidate would skip the bris.
Advertisement
Donald Trump had referred to the upcoming arrival of the new baby, his eighth grandchild, during his speech to the AIPAC policy conference earlier this month“I love Israel. I’ve been with Israel so long in terms of — I’ve received some of my greatest honors from Israel. My father before me, incredible. My daughter, Ivanka, is about to have a beautiful Jewish baby,” Trump said.“I have a lot of — I have tremendous love for Israel,” Trump also said prior to the conference during a debate broadcast on CNN. “I happen to have a son-in-law and a daughter that are Jewish, OK? And two grandchildren that are Jewish.”