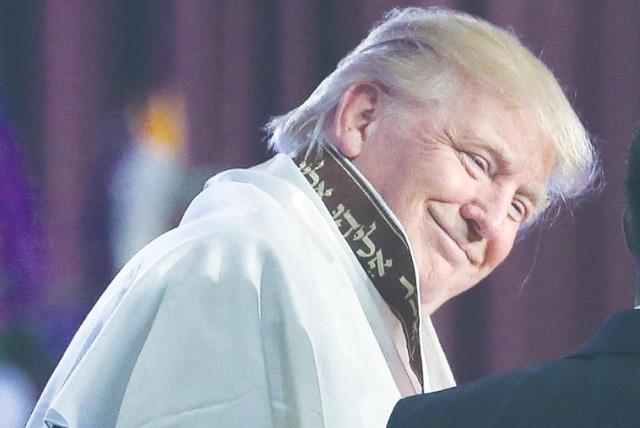 Newly appointed Kenneth L. Marcus has been critical of the Office for Civil Rights for what he called its failure to address “antisemitic incidents that masquerade as "anti-Israelism."

Kenneth L. Marcus, an attorney who has championed the use of the 1964 federal civil rights act  to investigate allegations of antisemitism on campus, has been appointed assistant secretary for civil rights in the Department of Education.President Donald J. Trump announced the nomination Wednesday.
Advertisement
As president and general counsel of the Louis D. Brandeis Center for Human Rights Under Law, Marcus has deployed Title VI of the civil rights act in urging the Education Department’s Office for Civil Rights to open investigations over harassment of Jewish students at various universities.The Brandeis Center, unaffiliated with the university near Boston, has also urged state legislatures and government agencies to adopt the US State Department’s definition of antisemitism, which considers demonizing, delegitimizing or applying a double standard to Israel to be forms of antisemitism.In 2011 the Jewish Council for Public Affairs, the umbrella group of Jewish community relations agencies, endorsed the selective use of civil rights legislation to combat anti-Jewish and anti-Israel activity on college campuses. But reflecting the discomfort of some of its member bodies, it also warned that over-use of Title VI could undermine academic freedom and pit outside Jewish groups against both Jewish and non-Jewish students on campus.Marcus, a former staff director at the US Commission on Civil Rights, has been critical of the Office for Civil Rights for what he called its failure to address “antisemitic incidents that masquerade as anti-Israelism.”
Advertisement
“On college campuses — and especially in protests brought by the anti-Israel boycotts, divestment and sanctions movement — it is now widely understood that attacking ‘Jews’ by name is impolitic, but one can smear ‘Zionists’ with impunity,” he wrote in 2010.Marcus previously served as assistant secretary of education for civil rights under President George W. Bush. He also served as the Lillie and Nathan Ackerman Chair in Equality and Justice in America at the City University of New York’s Baruch College School of Public Affairs.He is the author, in 2015, of The Definition of Anti-Semitism.