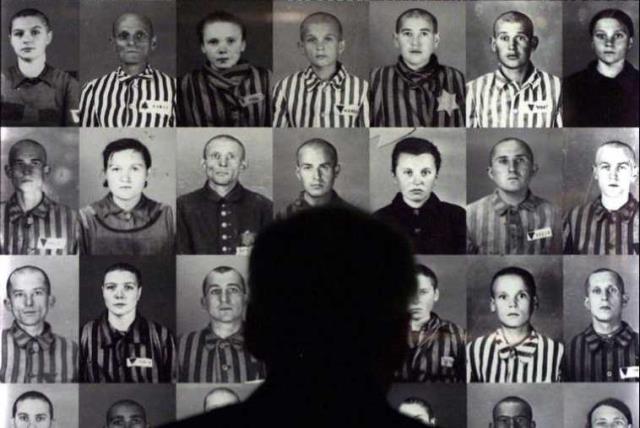 "In a sense, speaking about the humanity of the perpetrators and showing they were human is an extremely important warning for us today and for the future generations."

Advertisement
Krakow's National Remembrance Institute (INR) released an online database with the names of Nazi SS commanders and guards at the Auschwitz concentration and death camp in German-occupied Poland.The comprehensive online database includes almost 9,000 names of SS men employed at the camp from the time of its founding to liquidation.It is the first census commonly available in Poland which has been done on the basis of attainable sources.In 1947 the International Military Tribunal at Nuremberg declared the SS a criminal organization.
Advertisement
Courts all over the world sentenced SS officers for their membership, but only 12 percent of SS soldiers at the Auschwitz death camp were caught and convicted after World War II.Waldemar Szwiec, prosecutor at the IPN, a government-affiliated institution investigating crimes against the Polish nation, said that even though the database was dubbed by some as a 'list of criminals' or 'list of executioners', it was meant more to provide information than judgment."This project meant to gather maximum knowledge about the criminal mechanism in Auschwitz, and our intention is to form part of an interdisciplinary program. It will include both our investigative goals, but also historical and educational goals. And this, we hope, based on the investigation and findings in the investigation, will have a wider aspect and will serve to deepen knowledge on this factory of death," Szwiec said.Shortly after the database went online first on Monday, more than two million people logged onto the website.Personal details like date and place of birth, service number, date of arrival and departure from the death camp and photographs were made available.According to IPN historians, dozens of former SS soldiers and guards are still alive.In 2015, a 94-year-old German man known as the "bookkeeper of Auschwitz" was sentenced to four years in prison for his role in the murder of 300,000 people at the Nazi death camp, in what could be one of the last big Holocaust trials."We have to remember that the Auschwitz (death) camp was an institution. It was not a detached institution that murdered people here: Jews, Poles, Roma, Russians, but it was done also by men. In a sense, speaking about the humanity of the perpetrators and showing they were human is an extremely important warning for us today and for the future generations," said Pawel Sawicki, spokesperson at the Auschwitz museum.Between 1940 and 1945, about 1.5 million people, most of them Jews, were killed by the Nazi regime at the death camp Auschwitz-Birkenau.