First two volumes of 'Encyclopedia of Camps and Ghettos' released 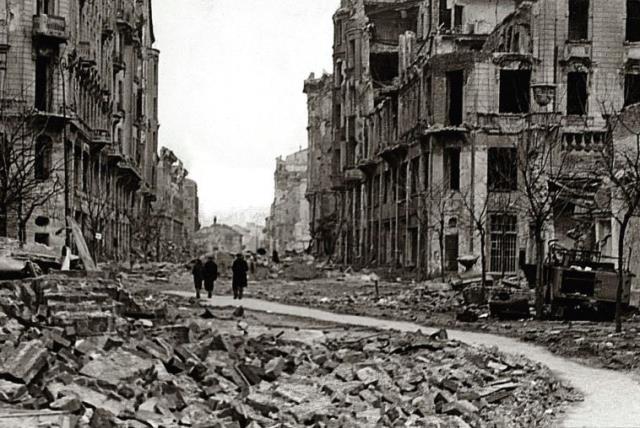 A STREET in Warsaw destroyed during the failed 1944 uprising against Nazi occupiers
(photo credit: WIKIMEDIA)

The first two volumes of the United States Holocaust Memorial Museum’s comprehensive record of Nazi-established persecution sites are now available.The first two volumes of the Museum’s “Encyclopedia of Camps and Ghettos, 1933-1945,” are now freely accessible in their entirety on the Museum’s website, the museum announced.
Advertisement
Printed editions of the Encyclopedia will still be offered through the publisher, Indiana University Press.Together, the two volumes cover more than 2,200 sites, many of which are described nowhere else in English.“The Museum is committed to deepening our understanding of the Holocaust and disseminating the latest research to as broad an audience as possible.  Holocaust scholars, legal experts, teachers, students, and—most importantly—survivors and their families will now have this indispensable resource and memorial at their fingertips,” says Wendy Lower, acting director of the Museum’s Jack, Joseph and Morton Mandel Center for Advanced Holocaust Studies.The volumes are available exactly as they appear in book form but are searchable PDF files.
Advertisement
Volume I covers the early camps that the SA, the SS and the German police set up in the months after the Nazi seizure of power, as well as the system of concentration camps, sub-camps and construction brigade bases that existed under the SS Business Administration Main Office.The second volume describes the ghettos in German-occupied Eastern Europe.Volume III, which required research in 13 languages, identifies hundreds of camps and other sites established by Germany’s allies and collaborator states. It will be published in early 2018.The remaining volumes, of a projected seven, also will be available online after the printed editions appear.In 2000, the US Holocaust Memorial Museum tasked researchers with creating an encyclopedia that would be the most comprehensive, single-source record to document the thousands of Nazi-established persecution sites. At the time, they estimated 5,000 sites existed, including forced labor camps, military brothels, ghettos, POW camps and concentration camps.But by 2001, their estimate doubled. When all seven volumes are published, the “Encyclopedia of Camps and Ghettos, 1933-1945” will contain more than 42,500 sites that the Nazis had used to persecute, exploit and murder their victims.