Alexsandro Palombo says we have to educate the new generations without filters, bluntly, over and over again, through the memory of facts and terrifying images.

Artist Alexsandro Palombo found an interesting way to remember the Holocaust.Palombo released a series of caricatures showing characters from the long-running animated American television series The Simpsons at the Auschwitz concentration camp in Poland.
Advertisement
Tuesday marked the 70th anniversary of the liberation of the Nazi camp.Palombo titled the series of drawings, "The Simpsons NEVER AGAIN.""'Never Again' is an invitation to reflection, an artwork to raise awareness, an indictment against intolerance, a punch to inhumanity," Palombo said."We must educate the new generations and tell them what happened. We have to do it without filters, bluntly, over and over again, through the memory of facts and terrifying images that reflect the horror of the Holocaust and the extermination of millions of human beings," he added.
Advertisement
"It is only through memory that we are able to fight racism, anti-Semitism, homophobia and all forms of intolerance that threaten the society," Palombo said. 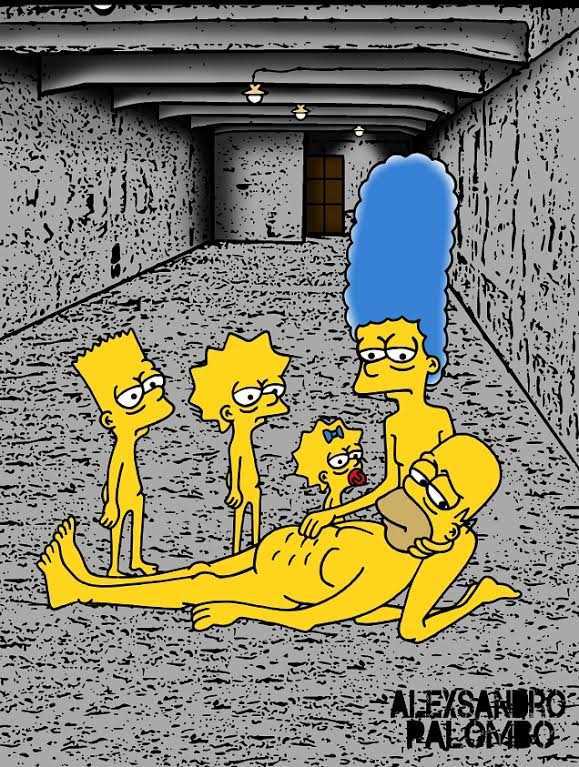