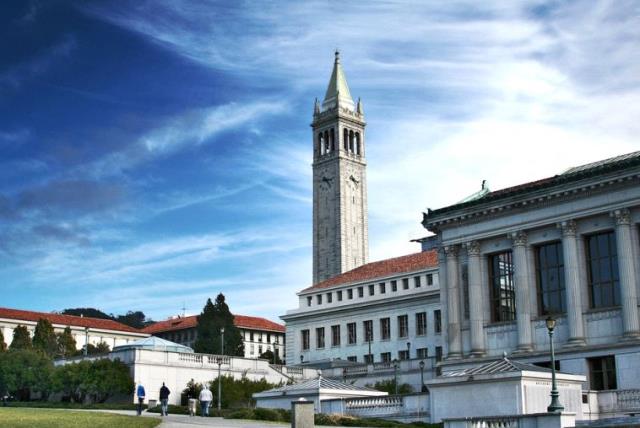 The university reinstated the course claiming it does not cross the line into political advocacy and organizing, claiming it is purely educational.

Just one week after the University of California, Berkeley, suspended the student-led course, "Palestine: A Settler Colonial Analysis," the Bay Area university has decided to reinstate the controversy-raising class, according to The Guardian. The university reinstated the course claiming it does not cross the line into political advocacy and organizing, claiming it is purely educational.
Advertisement
The original decision to suspend the course was made last week after Dan Mogulof, the university's assistant vice chancellor, charged that the course didn't comply "with policies and procedures that govern the normal academic review and approval of proposed courses for the DeCal program."The DeCal program, according to California Jewish news, J.Weekly, features classes taught by students with a faculty sponsor supervising. Shortly after the course began, the UC Berkeley Hillel as well as Hillel International accused the course of political indoctrination and breaching the newly-adopted principles by the UC Regents on intolerance. The Jewish student organizations urged UC Berkeley's president, Janet Napolitano, along with administrators to condemn the course. A joint statement between Hillel International President and CEO Eric Fingerhut and Berkeley Hillel Executive Director Rabbi Adam Naftalin-Kelman stated that: "Any perusal of the syllabus will show that this is a one-sided course which puts forth a political agenda. It does not tell the truth. It ignores history,"
Advertisement
"It ignores facts, such as the inconvenient one that Jews have inhabited Israel for 3,000 years," they said. "We are particularly concerned by the final project which calls for students to present a project on 'decolonial narratives' for Israel, a code word for ethnic cleansing."Responding to the reinstatement of the course, its creator, US-born Palestinian Paul Hadweh stated,  “I’m hoping that this will make the administration think twice before they respond to outside political pressure." Hadweh also claimed that the controversy over the course inspired students in the course, “I never imagined students would be so eager to do reading,” he explained. The lawyer representing Hadwah, Liz Jackson a Jewish alumnus of the school and staff attorney for Palestinian Legal, called the reinstatement “a victory for everyone across the US who is facing this documented and coordinated attack on the right to study and speak freely on Israel and Palestine.”Jackson also claimed that the course's original suspension could possibly effect free speech. “For Paul and every other student and scholar on campus who wants to think about … this international problem from the perspective of Palestinian history, the message that they got from the university is: ‘We’re going to pay extra attention to you. And you are guilty until you prove yourself innocent to us,’” she said. Some minor changes have been made to the syllabus however, but Hadweh explained that the course's fundamentals remain the same. Tammi Rossman-Benjamin, the director of one Jewish group against the course - the AMCHA Initiative - explained on Monday that although the new syllabus has not been reviewed by her, “It sounds like the revisions were not adequate. It’s deeply disappointing and suggests that they really are not considering … what ‘indoctrination’ really is."