2015 saw spike in anti-Semitic incidents on US college campuses 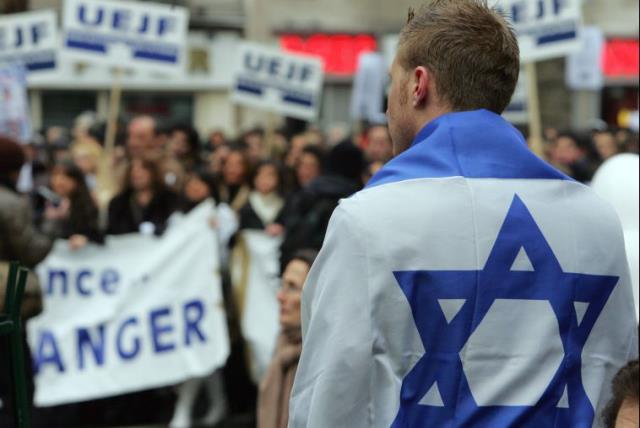 A man with an Israeli flag takes part in a march through Paris
(photo credit: REUTERS)

'The Washington Free Beacon' reported on its website on Friday that there were 302 recorded incidents of anti-Jewish animus on 109 college campuses across 28 states.

Jewish students on college campuses in the United States experienced more instances of anti-Semitism last year than in the previous year, according to an American Jewish watchdog group.The Washington Free Beacon reported on its website on Friday that there were 302 recorded incidents of anti-Jewish animus on 109 college campuses across 28 states.
Advertisement
The report says that the increase in anti-Semitism was driven largely by the emergence of anti-Israel groups that comprise the BDS movement, an assortment of organizations that demand divestiture from Israel as punishment for its policies toward the Palestinians.The AMCHA initiative, which keeps track of hate incidents against Jewish students, said that the atmosphere on campuses became hostile, with people calling Jews “evil” and some even advocating violence against Jews.“There is a clear correlation between anti-Israel activism—particularly BDS campaigns—and the anti-Semitic targeting of Jewish students,” Tammi Rossman-Benjamin, the head of the initiative, told the Washington Free Beacon. “For instance, acts of anti-Jewish harassment, discrimination, and defamation are higher in schools where BDS activity is high. The connection between BDS and campus anti-Semitism is undeniable.”
Advertisement
Advertisement
Advertisement
Breaking News World News Iran News Coronavirus U.S. POLITICS Kabbalah
Advertise with us Terms of Service Privacy Policy cancel subscription
Copyright 2021 Jpost Inc.
Designed by DANIEL CHEN