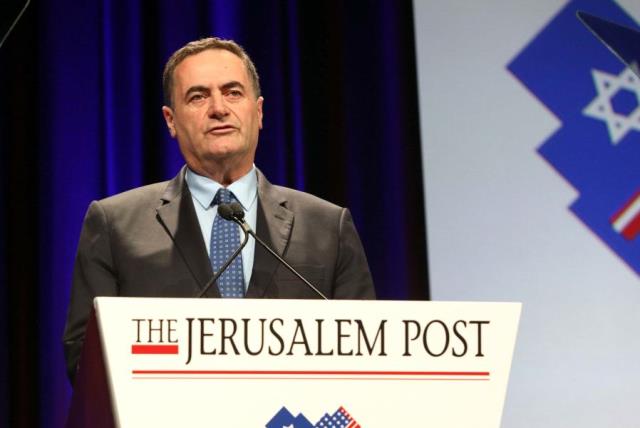 Intelligence Minister Israel Katz called for a "regional coalition" to be built to counter Iran and other extremist groups.

Advertisement
Israel's Minister of Intelligence and Transportation Israel Katz stated, Sunday, his belief that the arrival of President Trump to the Middle East "strengthens the anti-Iranian camp in the region."Katz called for a "regional coalition" to be built, under American leadership, "to block and push back Iran." Speaking shortly after the news of a US-Saudi Arabia military deal worth nearly $110 billion, the Intelligence Minister added that "at the same time Israel's qualitative military edge should be maintained." In his statement, Katz stressed that the regional approach should include security cooperation, economic initiatives and that such partnerships could "be advanced alongside unconditional negotiations with [the Palestinians]."In a February interview with The Washington Post, Katz revealed that he has been advocating for a regional approach involving bolstering the Israel-Sunni alliance in order to reach a peace agreement between Israel and the Palestinians and to counter extremist groups in the region.
Advertisement
According to Katz, "regional security and economic cooperation will pave the way to regional peace."