Comment: Israel’s alt-right ramps up the pressure on Trump 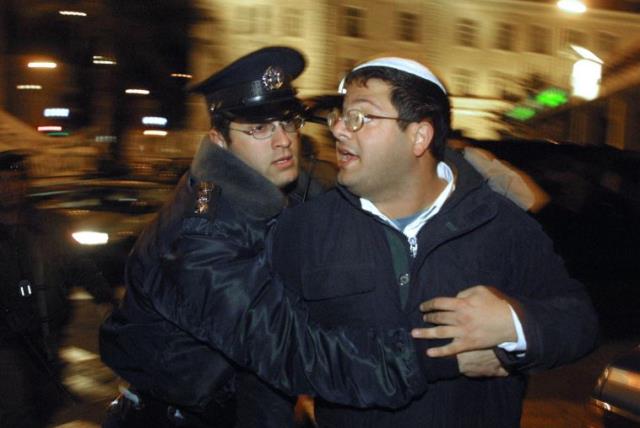 Failure to move US embassy to Jerusalem may put loyalties to the test.

Cracks are beginning to show in the Israeli Right’s romance with US President Donald Trump. His backtracking on campaign rhetoric, particularly the promise to relocate the US embassy to Jerusalem and his seeming adoption of previous administrations’ policies when it comes to the Israeli-Palestinian conflict and its possible solutions, are not what his enthusiastic supporters in Israel and the West Bank wished for or banked on.
“It’s time to get the banners out of storage and direct them toward Trump,” Itamar Ben-Gvir, one of the leaders of the far-right Otzma Yehudit (Jewish Might) party, said in a statement issued Wednesday evening. Ben-Gvir, 41, an attorney and longtime political activist who represents the right of the Right on the Israeli political dial, called on fellow right wingers, particularly the leaders of the settler movement and their political representatives, to begin speaking out against the president.“Obviously, the moving of the embassy is not the be-all and end-all, and politicians constantly go back on election promises,” said Ben- Gvir. “But Trump cannot be exonerated and we can’t treat it as a natural occurrence. It is time to start criticizing him.”
Advertisement
Ben-Gvir said such criticism would be effective because it would hurt Trump among his voter base, including supporters of Israel. Ben-Gvir also pointed to the weapons deal Trump signed with Saudi Arabia and a White House statement against continued settlement expansion in the West Bank as examples of his failures. 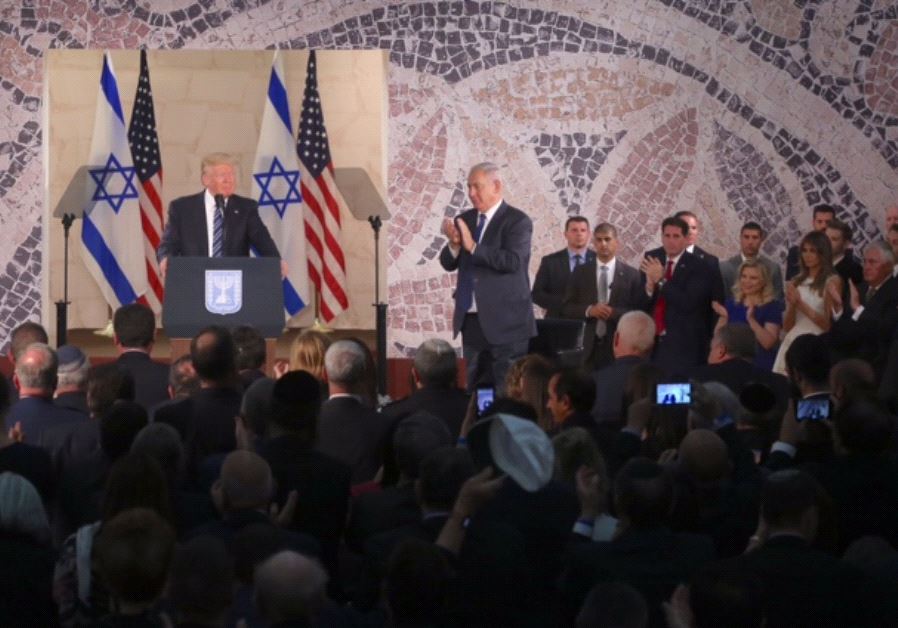 It must be stressed that Ben- Gvir is a right-wing radical. A member of the outlawed Kach party and a leader among Jewish settlers in Hebron, he is an extreme ideologue and a famous provocateur. Many of the clients he has represented in court are from the so-called Hilltop Youth who have been tried and occasionally convicted for illegal outpost building, violence against Palestinians and connection to “price tag” revenge attacks against Palestinians, left-wing activists and Israeli authorities.Ben-Gvir is a familiar face at any far-right gathering whether it be anti-migrant protests, rallies against Jewish- Muslim intermarriage or counter rallies at peace protests.
Advertisement
If Israel had an alt-right movement, he’d be among its leaders.The more established Right, that which rules the country and represents the public in government, is still basking in the afterglow of Trump’s recent visit. The US president’s promises of everlasting support for Israel, his demand for the Palestinians to stop incitement and the glorification of terrorism, his silence on the issue of Palestinian statehood and borders for Israel, all restoked the flames.But the emotional roller coaster that Trump has provided since taking office can turn at any moment. His signing of the waiver leaving the US Embassy in Tel Aviv is a blow.Right-wing politicians at all levels have strongly urged Trump to move the embassy, as he repeatedly promised to do. Failure would not be the end of the world – other presidents had promised to do so from behind the podium on the campaign trail, only to renege from behind the desk in the Oval Office – but it would sting.There is no doubt that moving the embassy would produce a far more negative backlash. Twenty two years of American fears of taking the step are sufficient testimony to that. But Trump has positioned himself in a place that signing the waiver also carries risk.The president is not one to fear a few critical placards.And it’s not like the Israeli Right is superimposing his face onto a photo of Yasser Arafat or burning his effigy over a bonfire like they did to his predecessor. But like the president himself, Israeli love is a fickle thing.Yes, Ben-Gvir is on a lower rung on the ladder, but his demand to start calling Trump to order – especially his pointing out of high-level people in the settler movement and in government he claims have pull among Trump’s circle of advisers and supporters – indicates where the cracks might spread.Like Ben-Gvir said, many among the president’s base are strong supporters of the Israeli Right, people who want to see the president say yes to the current Israeli government’s requests. So far, doing that has come at very little cost. But further delay in moving the embassy might present a test of loyalty that Trump might not want to learn the answers to.
Tags yasser arafat israeli-palestinian peace talks Trump visit to Israel
Advertisement
Advertisement
Breaking News World News Iran News Coronavirus U.S. POLITICS Kabbalah
Advertise with us Terms of Service Privacy Policy cancel subscription
Copyright 2021 Jpost Inc.
Designed by DANIEL CHEN